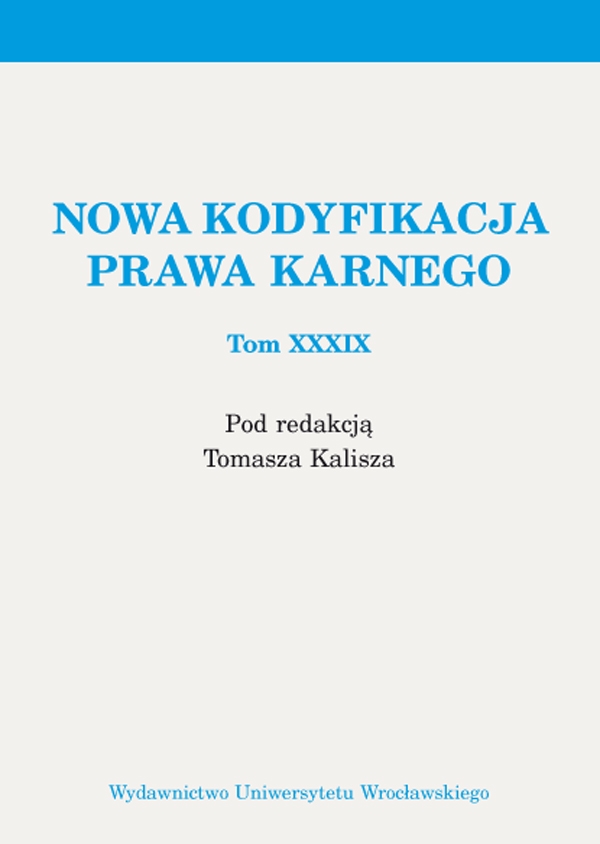 On the issues of organized crime in French law

The purpose of this article is to characterize organized crime from the perspective of French law in three aspects. As the first one, was presented the analysis of the definition of the studied phenomenon, noting that its penalization in French law took place just in 2004. Next, criminal behavior connected with the organized crime was identified and systematized in the following categories: illegal trade, financial crimes, cybercrimes. The third area of analysis covers the indication of a catalogue of measures undertaken in order to fight against the subject pathology. In the conclusions it was underlined that taking into account the heterogeneous character of organized crime and the new methods of its spreading, it is impossible to completely eliminate this phenomenon, as well as minimize it, for the above mentioned reasons, may present significant difficulties.