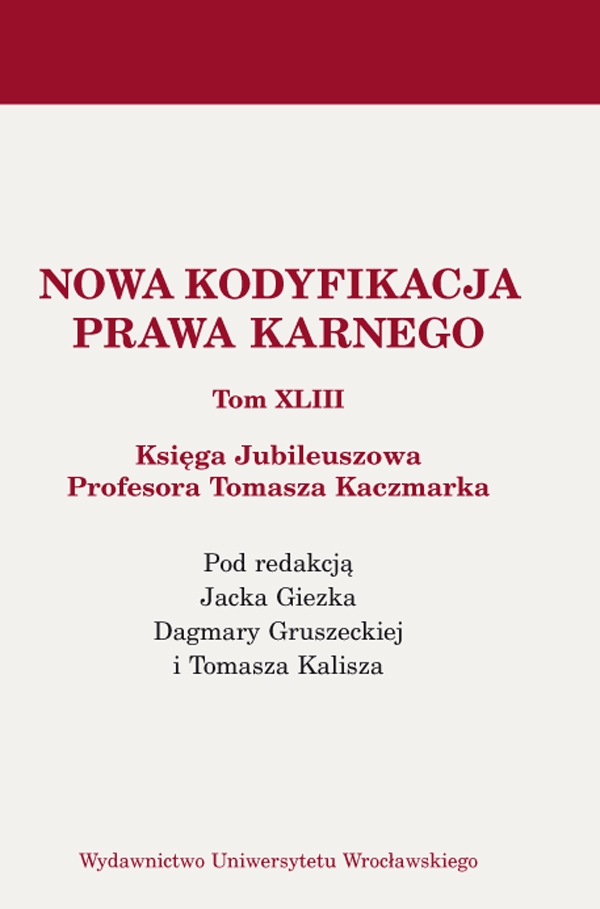 A few remarks about the structure and the consequences of the series of crimes in the light of the amendment to the Penal Code of February 20, 2015

The article concerns the problem of the legal structure of the so-called series of crimes. The attention is concentrated on the changes in terms of evidence of this institution introduced by the amendment to the Penal Code of February 20, 2015. The previous statutory formula of Art. 91 § 1 of the Penal Code was recalled, especially the annulled premise of the “similar way” of committing crimes bounded together in series, remembering at the same time the doubts and interpretative arguments which accompanied that interpretation. In the circle of interests remains also the issue of the statutory understanding of the requirement of identity of “the regulation whose criteria each of those crimes fully fulfill”, which forms the basis for the punishment given for the series of crimes. The arguments of the ideas competing in this matter were also recalled as well as the effects that might have been caused while implementing such practice. Taking the above into consideration the modifications within the statutory formula of the series of crimes were discussed. A special attention was drawn to the new premise of “using the same opportunity” and the consequences that are caused by introducing this premise for the scope of using this structure. The article also discusses the issue of the identity of the legal rule, required by the act, the reference to which in the amended legal state became the rule which was the basis for the punishment, and not, as it was commonly previously believed, the rule stating the basis for punishing for each of the crimes remaining in the series. In the margin of the analysis of the new shape of the premises of series there are remarks devoted to the punishment for the multiplicity of crimes embraced with the feature of continuity.