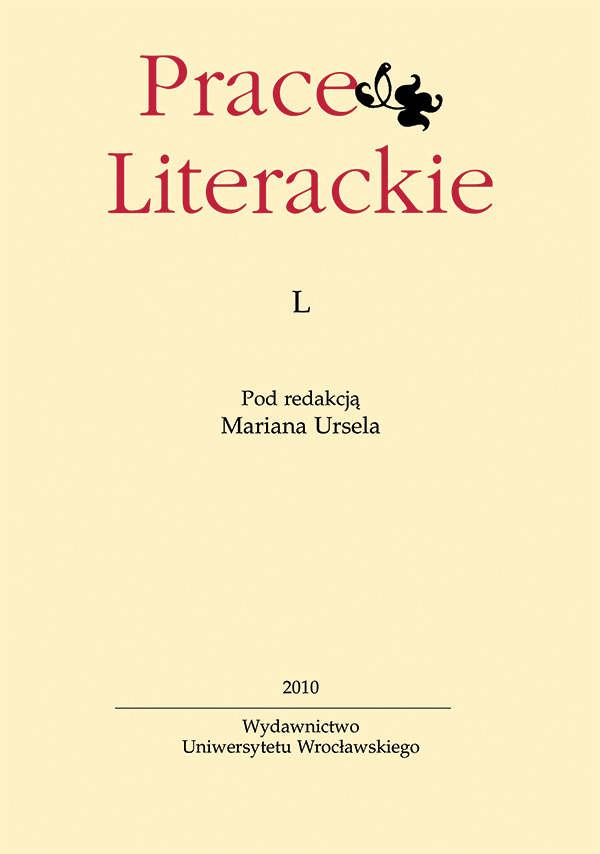 In the article I analyse the word play and linguistic tricks used by Marcin Świetlicki in his collection Niskie pobudki 2009. This poet has a great sensitivity to equivocal words, their similarity in sound but also the tension that results from unexpected puns. Thus, Świetlicki explores linguistic possibilities of the Polish language and this may be similar to the poetic diction of Piotr Sommer whose works Dariusz Pawelec called a “discreet type of linguism”. That is why I suggest that we compare Świetlicki’s “project” to the achievements of linguists. In this case we have to be very careful. Even if his linguistic techniques seem to be similar to those of linguistic poets, the thesis about his linguism, resulting from this comparison, may be too far-fetched, as it comes to our mind too quickly. The language is not the main protagonist of Świetlicki’s poems despite the fact that the poet exposes language mechanisms. The protagonist is a human being, and may very often be associated with the author himself. It is in the language that he proves his existence, though the language itself is in the background. Niskie pobudki shows Świetlicki’s great linguistic skills. He consistently shows his readers that he has developed his own distinctive style and his unique poetic voice.