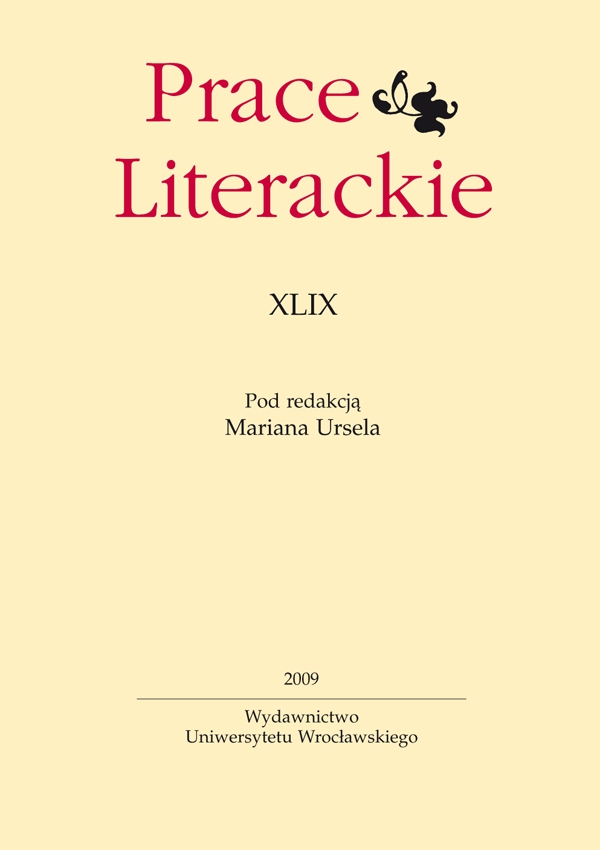 “The devils themselves play here a comedy with me... the saddest one”. A few words about comical inspirations in works of Juliusz Słowacki

The article shows some connections between a lot of Słowacki’s dramas and the Italian commedia dell’arte and some of the earlier comedies written by A. Fredro, which Słowacki maid have seen on stage in Vilnius and Warsaw. What they have in common are: the comical characters, the names or surnames of heroes, which say a lot about their personalities or their look, the comical scenes and situations and the wit. The author shows the connections between the typical commedia dell’arte masks like: the two old man – Pantaloon and Doctor, the servants like Harlequin or Pierrot or Florentin Harlequin named Stenterrelo and some heroes of dramas written by Słowacki. The author analyses the relationships between the earlier comedies of Fredro and the dramas of Słowacki too. She came to the conclusion that both writers use the same motives in their works, for example: an improper marriage, the marriage of convenience, the martial betrayal and the cuckold, the fascination with foreign modes and the thoughtless imitation of them. Both writers have a theatrical vision of their works and wrote them thinking about some actors, who could play parts in them. They both parted an idea that the world is the theater too. This theatrical conception makes the world of dramatis personas unreal. The heroes in Słowacki’s dramas are like marionettes moving by the God? the devil? or the fate? This kind of writing is very modern and typical for the 20th century theater of absurdity, so we may say that Słowacki was a forerunner of this type of drama.