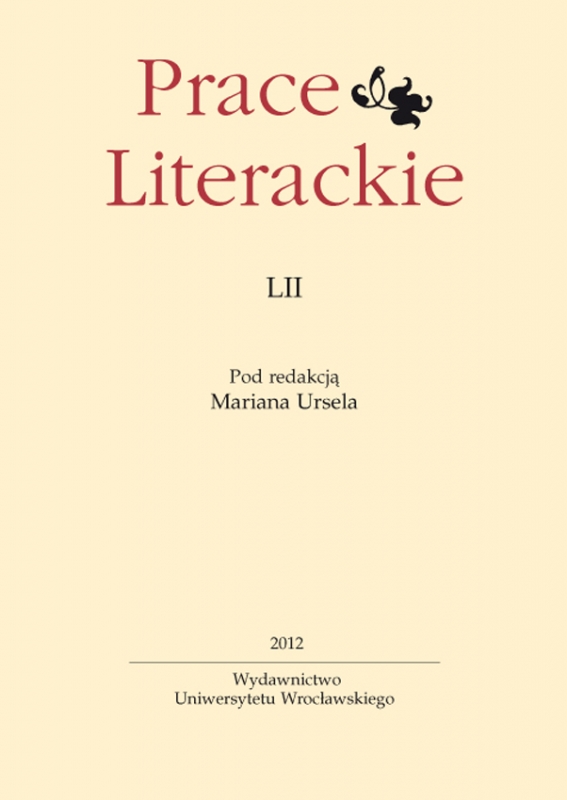 Wrocław — a background or a protagonist of Marek Krajewski’s cycle?

The article is an attempt to establish the status of Wrocław in Marek Krajewski’s crime cycle inaugurated by his debut novel Śmierć w Breslau [Death in Breslau]. The present author’s analysis of the city with regard to its topography, structure and function is to demonstrate that the Lower Silesian capital not only provides a setting but is also a protagonist, of equal status with Eberhardt Mock, of Krajewski’s retro crime novels. The city’s more significant role is confirmed by the style of the various novels, their temporal-spatial organisation, the creation of characters as well as a comparison of the Breslau cycle with the author’s later Lviv cycle. Important features of the vision of the city are also indicated by the convention of the genre of the novels. In addition to the generic studies perspective, an important role in determining the function of the literary image of the city is also played by the historical perspective and the socio-political context, which help to place the events in the novel within an authentic setting, a move that significantly increases the information value of the entire cycle.