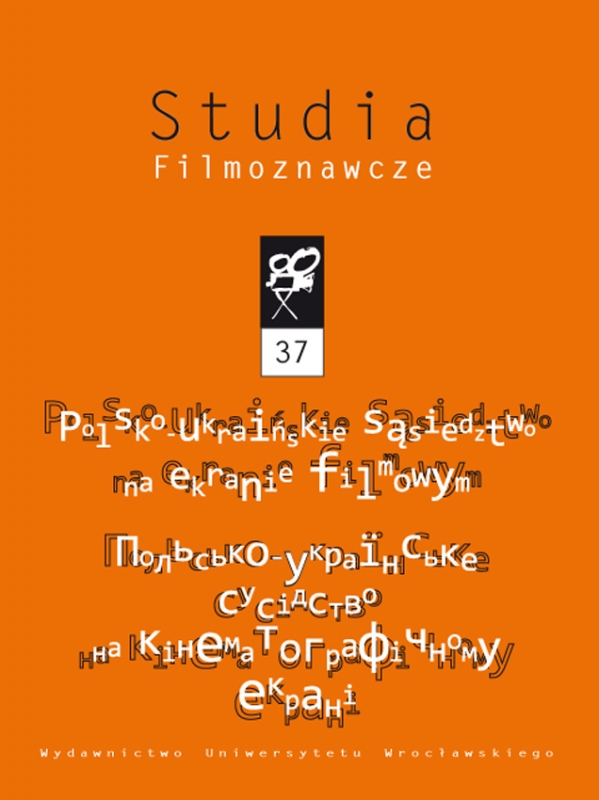 Multinational Ukraine in the time of Ukrainization conducted a policy which was supportive of the national identity, allowed the possibility of the cultural development of, among others, Jews, Crimean Tatars, and Poles. Cinema was exemplary of such policy, in 1925 through to the 1930s a number of films on Jewish and Crimean Tatar topics were released by Odessa and Yalta Film Studios. However, the Polish topic, which enjoyed most attention, was heavily politicized due to tensions between the USSR and the Second Commonwealth of Poland; the Soviet government could not forgive Poland the refusal to follow the Bolshevik path. The Polish topic was particularly painful for the Ukrainian Soviet Socialist Republic due to the fact that the Western fringe of Ukrainian lands became a part of Poland according to the Treaty of Riga which was signed between Poland and Soviet Russia. This explains why Polish society was constantly denounced in the Ukrainian Soviet films The Shadows of Belvedere, 1927, Behind the Wall, 1928. Particular propagandistic significance in this case was allotted to the film PKP Piłsudski Kupyv Petliuru, Piłsudski Bought Petliura, 1926, which showed Poland subverting the stability of the Ukrainian SSR and reconstructed the episode of joint battles of Ukrainians and Poles against the Bolsheviks in the summer of 1920 as well as the Winter Campaign. The episodes of Ukrainian history were also shown on the screen during this favorable for cinema time, particularly in films Zvenyhora 1927 by Oleksandr Dovzhenko and a historical epopee Taras Triasylo 1927. The 1930s totalitarian cinema presented human being as an ideological construct. Dovzhenko strived to oppose this tendency in Shchors 1939 where head of the division Mykola Shchors is shown as a successor of Ivan Bohun, specifically in the scene set in the castle in which he fights with Polish warriors. Dovzhenko was also assigned by Soviet power to document the events of the autumn of 1939, when Soviet troops invaded Poland and annexed Western Ukraine. The episodes of “popular dedications” such as demonstrations, meetings, and elections constituted his journalistic documentary film Liberation 1940. A Russian filmmaker Abram Room while working in Kyiv Film Studios on the film Wind from the East 1941 did not spare on dark tones to denunciate Polish “exploiters” impersonated by countess Janina Pszezynska in her relation to Ukrainian peasant Khoma Habrys. Ihor Savchenko interpreted events of the 17th century according to the topic of that time in his historical film Bohdan Khmelnitsky 1941 where Poles and their acolytes were depicted as cruel and irreconcilable enemies of Ukrainian people both in terms of story and visual language, so that the national liberation war lead by Khmelnytsky appeared as a revenge against the oppressors. The Polish topic virtually disappeared from Ukrainian cinema from the post-war time up until the collapse of the Soviet Union. The minor exclusions from this tendency are Zigmund Kolossovsky, a film about a brave Polish secret service agent shot during the evacuation in 1945 and the later time adaptations of the theatre pieces The Morality of Mrs Dulska 1956 and Cracovians and Highlanders 1976. Filmmakers were able to return to the common Polish-Ukrainian history during the time of independence despite the economic decline of film production. A historical film Bohdan Zinoviy Khmelnitsky by Mykola Mashchenko was released in 2008. It follows the line of interpretation given to Khmelnitsky’s struggle with Polish powers by Norman Davies, according to whom the cause of this appraisal was the peasant fury combined with the actual social, political and religious injustices to Eastern provinces. The film shows how Khmelnitsky was able to win the battles but failed to govern and protect the independence of Hetmanate which he had founded. The tragedies experienced by Poland and Ukraine during the Second World War were shown in a feature film Iron Hundred 2004 by Oles Yanchuk based on the memoirs of Yuri Borets UPA in a Swirl of Struggle as well as in documentaries Bereza Kartuzka 2007, Volyn. The Sign of Disaster 2003 among others.
Translated by Larisa Briuchowecka