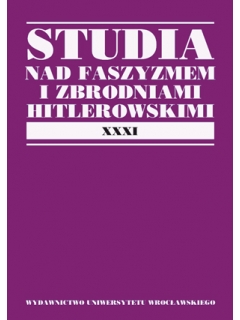 The subject of this article are the opinions of Pius XI and the originators of the project of the encyclical Humani generis unitas on two issues: the crisis of civilization and the racism. The authors find that diagnosis in both cases was convergent; the process of secularization and desacralization of public life of European societies was blamed for the crisis of civilization. The authors notice, however, that this diagnosis was similar to the explanations that were given by scholars not connected with Roman Catholic Church for example Emil Durkheim at the beginning of the 20th century. In the article it was also indicated that Pius XI and the authors of the mentioned encyclical Gustav Gundlach S.J., John La Farge S.J., Gustave Desbusquois S.J. recognized racism as a symptom of crisis. Racist viewpoint was recognized as a theory contrary to Catholic theology and ethics.