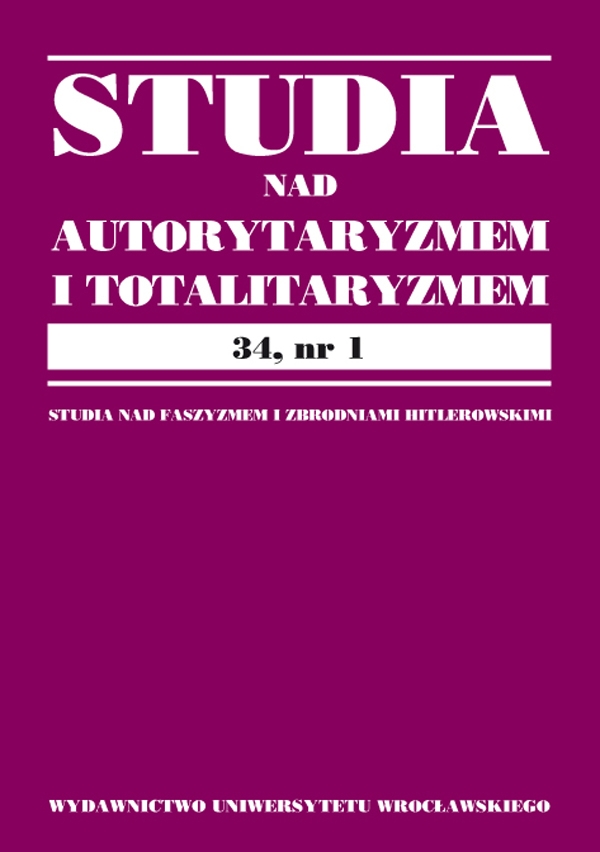 The seizure of political power by Adolf Hitler in Germany on the 30th of January 1933 caused significant changes in the structure of political relations in Europe. On the continental map there appeared a new state with revisionist and imperialistic aspirations. The Italian Fascists carefully observed the social-and-political transformation happening in the Weimar Republic. It should be noted that after the First World War both countries felt aggrieved and deprived of their dignity. In Italy there was a feeling of ”crippled victory;” in Germany there was a sense of deep frustration caused by the loss of Eastern and Western territories and by the decrease in the state’s international prestige. This shared belief concerning alleged common injustice resulting from the decision of the Allied states made during the Paris peace conference could have led to the rapprochement between both governments on the international arena. There was an increasing fear among many representatives of Polish political thought regarding the growing Italian-German closeness. There also abounded many speculations concerning political and military connections between both countries. The purpose of this article is to demonstrate the views of Polish political elites regarding the relations between the Fascist Italy and the Third Reich. It ought to be stated that at the beginning of the Third Reich’s existence many Polish commentators, particularly those belonging to the Nationalist circles, perceived in the Italian-German rivalry an opportunity for maintaining the European equilibrium and for the rapprochement with Mussolini’s government. Along with the intensified strengthening of political ties between Rome and Berlin, Polish politicians became more and more skeptical about the prospects for peace in Europe and the world. Right before the outbreak of the Second World War only the National-and-Democratic politicians, with Stanislaw Kozicki at the forefront, appealed to “Italian friends” for help in defending Poland against German Drang nach Osten. Other Polish political parties and organizations had no illusions with respect to the political and military objectives of both the Fascist and the Nazi imperialism.