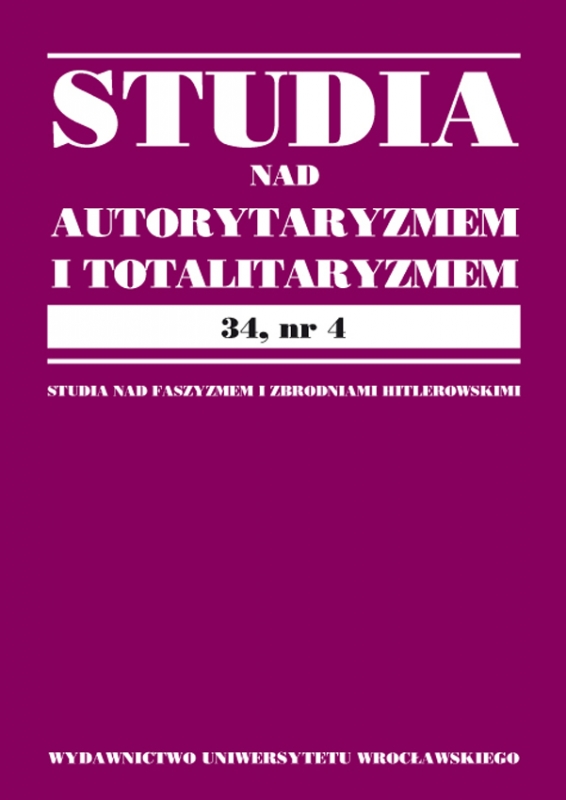 Deportations of Poles to concentration camps — because of their activities in the resistance movement, violations of the Nazi occupation laws, or as a result of retaliatory repression of the German occupiers — were an important element of German occupation policy aimed at depolonizing the territories incorporated into the Reich. Transports to KL Auschwitz from Kalisz on the 2nd of May 1941 and from Łódź on the 14th May of 1942 were the result of retaliatory repression against Poles in the Wartheland. Their aim was not only to take revenge for the attacks on the German police and to terrorize the Polish society, but above all they were a precise blow to the local elites capable of organizing resistance to the occupation. Theses repressions were part of the extermination campaign and should therefore be considered a continuation of the operation „political cleansing of the land” politische Flurbereinigung carried out on the Polish territory annexed to the Reich in the autumn of 1939. Out of 204 Poles deported to Auschwitz from Kalisz on the 2nd of May 1941 at least 153 were killed in the camp, and out of 298 Poles deported from Łódź on the 14th of May 1942 — at least 222. The deportees from Kalisz included representatives of the local elite — civil servants, teachers, members of the clergy — as well as representatives of other parts of society — mainly farmers. The transport from Łódź — called „transport of the military” due to the fact that the arrests included, among others, former reserve officers and NCOs — included representatives of many intellectual professions, including a large group of teachers. The arrests, which resulted in the deportation of this transport to KL Auschwitz, were conducted in 10 districts covering one-third of the Wartheland and they constituted the second part of the repression campaign. The first was the largest public execution carried out during the German occupation in the Wartheland, during which 100 Poles were shot dead on the 20th of March 1942 in Zgierz. The transports discussed here were the largest, but not the only deportations of Poles from the Wartheland to KL Auschwitz, which were carried out in the framework of retaliatory repression. These deportations are an example of the ruthlessness of the Nazi occupation policy against the Poles in the Wartheland.