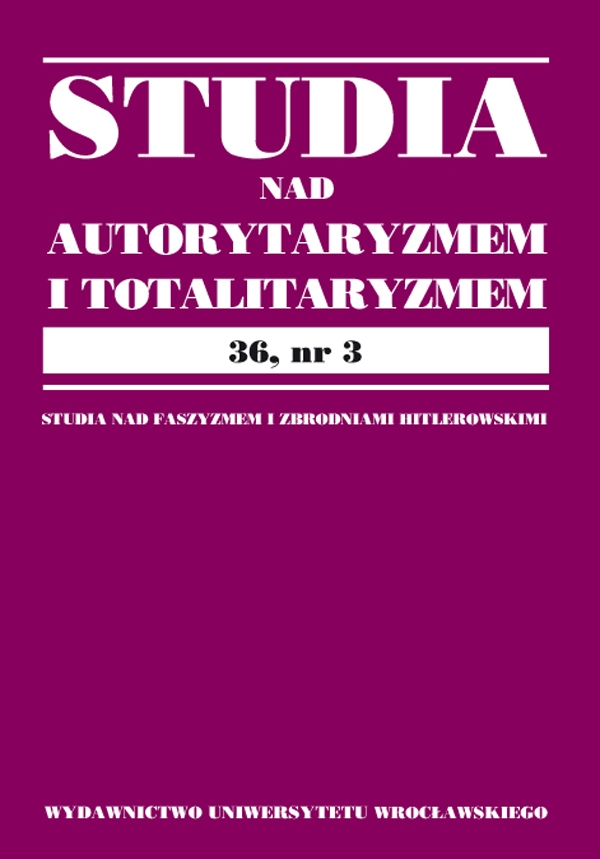 In the article the author discusses the evolution of Hitler’s charismatic leadership among the Nazis until 1933 and after their accession to power in Germany – also among other Germans. Drawing on Laurence Rees’ book and other publications the author analyses the reasons, propagandist premises, ideological elements, political determinants and various consequences of the cult or even myth of the NSDAP leader in German society. He presents the successive stages in the growth of Hitler’s charismatic leadership, from the early 1920s to the fall of the Third Reich. He points to the almost uncritical attitude of avast majority of the Germans to their Führer and even their fascination with him, especially in the 1930s and in the early 1940s.