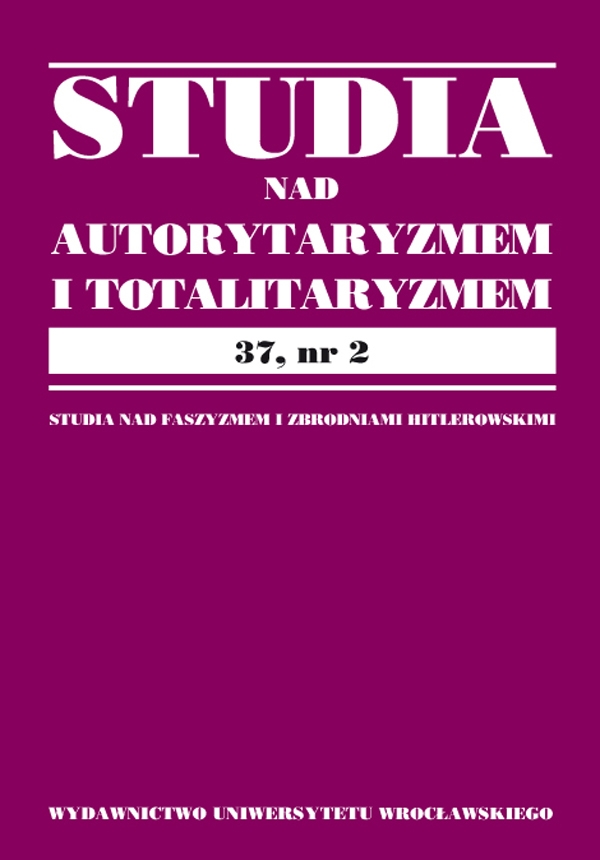 ON THE CONTROVERSY SURROUNDING THE LINKING OF NIETSCHE’S NAME WITH NAZISM. A REFLECTION ON A SCHOLAR’S METHODOLOGY ON THE BASISOF STEPHEN R.C. HICKS’ BOOK NIETZSCHE AND THE NAZIS

Science is a field in which everybody has a right to present his or her opinion on a chosen subject. However, in order for it to have a scholarly dimension, an honest and comprehensive approach to the subject is necessary. Nietzsche’s philosophy in particular — so rich and so differently interpreted and used in the course of history — is an excellent material for scholarly disputes. Hicks claims that in some respects the Nazis were right in invoking Nietzsche’s philosophy — this is the contention around which Hicks constructs his book. He justifies his approach by pointing to elements that, in his view, Nazism and Nietzsche’s philosophy have in common. This is a very perfunctory summary, full of substantive and logical errors, of the contents of the Nazi programme and Nietzschean philosophy as well as an attempt to compare the two. Hicks does not provide any  broader explanation of his reasoning or any in-depth analysis of Nietzsche’s thought as well as the  literature on the subject. This lack of scholarly credibility and formulation of theses on the basis of a selection of Nietzsche’s aphorisms are the main arguments showing that Hicks’ book is not an acabroader explanation of his reasoning or any in-depth analysis of Nietzsche’s thought as well as the demic monograph. The aim of the present article is to demonstrate that a lack of scholarly credibility leads to wrong and absurd assertions.