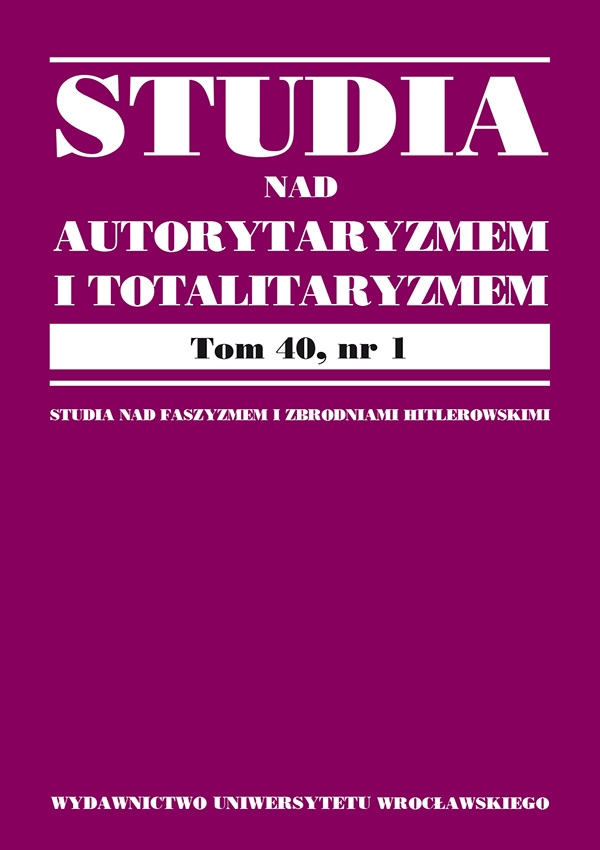 SOCIETY OF THE 21ST CENTURY AGAINST THE THREAT OF ISLAMIC TERRORISM

The subject matter includes the issue of transformation in the consciousness of the societies of European Union countries, but also communities in other areas of the world, perception of the phenomenon of migration to the territories of native countries, mainly in the European Union. The period of rapid socio-political changes in Islamic states, as well as the outbreak of civil war in 2011 in Syria, was the largest stimulator of migration movements from the Middle East, especially those covered by military operations in Europe. Hundreds of thousands of migrants continued to reach EU countries. Germany widely opened the door of its state and accepted the largest number of migrants. Some countries, such as Poland or Hungary, refused to accept migrants from countries with an Islamic origin. Migration on such a mass scale caused many social problems. The perceived sense of security of the community has deteriorated considerably in the EU countries where the most migrants came. The decline in the sense of security included areas not only of safety for life and health, but also concerns about reducing the level of social status or increasing unemployment. However, the biggest threat to the community of the EU countries, and many other countries in the world was ahuge increase in terrorist attacks, where the attackers came from orthodox Islamist groups. It should be added that the majority of migrants were Muslims. Another phenomenon also affecting the reduction of the level of perceptible security of European societies was the reactivation of political groups that in their ideologies presented the slogans of populism, nationalism, racism, or even fascism. There has been a clear polarization of Western societies, where until now they were arefuge of democracy, tolerance and values for which they fought for years. Undoubtedly, the politics of Erdogan, the president of Turkey, and the president of Russia, Putin, also influencedthestate of security of societies, and tried to influence EU decisions with their actions. Russia, let the annexation of Crimea and activities in Ukraine be left in peace, and Turkey, to force the EU to acceleratethe admission of this country to the EU. Also calling up the so-called Islamic state posed a huge threat to the security of the communities of European Union countries with attacks inspired by this terrorist group.