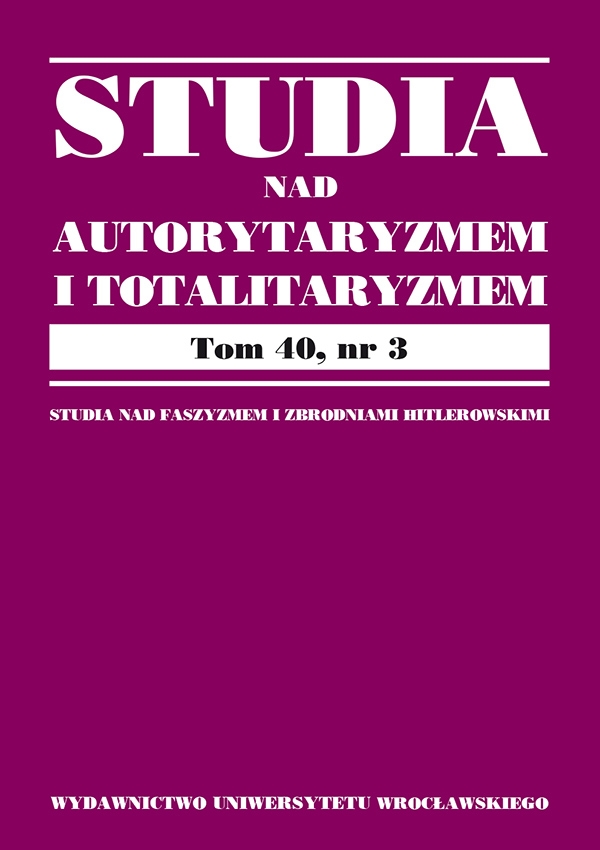 Italy’s fascist past: A difficult reckoning

ITALY’S FASCIST PAST: A DIFFICULT RECKONING

In January 2002, a survey conducted by a popular television program revealed that 25 percent of young Italians held a favorable opinion of Fascism and Dictator Benito Mussolini. Shortly thereafter, Italy’s most prominent scholar of Fascism, Emilio Gentile, warned of a “retroactive de-fascistization” in Italian society: the widespread tendency to cast fascism in a benevolent light forgetting, or softening, its repressive and brutal features. For many Italians, Fascism was very diff erent from Nazism and Communist Totalitarianism — it might have been an authoritarian regime but it was not a bloody one. This assessment was no doubt further conditioned by the politics of memory promoted at that time by Silvio Berlusconi’s center-right government. However the origins of this watered-down interpretation go back much further. The idea that Italian Fascism was not on a par with other totalitarian regimes took root in the collective conscience following the end of World War II, as Italy attempted to rehabilitate its reputation in the eyes of the world, hoping to be spared harsh judgment and punishment on the international stage. Its cornerstone was the contrast between Italian Fascism and German National Socialism. On one side, the brutality and ideological fanaticism of the Nazis and on the other, the Italian Fascists, who according to the narrative were over-bearing but not so criminal This distinction between Fascism and Nazism has permeated Italian public opinion throughout the history of the Italian Republic. It was shared by historian Renzo De Felice and pervasive from the 1980s onward in mass media which were inspired by the new wave of revisionism.
Over the last twenty years, the ‘dark pages’ of Italian Fascism — from the regime’s anti-Semitic policies to crimes committed in the colonies and Balkan territories occupied during the Second World War — have been thoroughly investigated in the historiography. Broad sectors of the public still however consider Fascism a mild dictatorship not without its merits. The country that invented Fascism, therefore, is still struggling to come to terms with the legacy of its Fascist past.