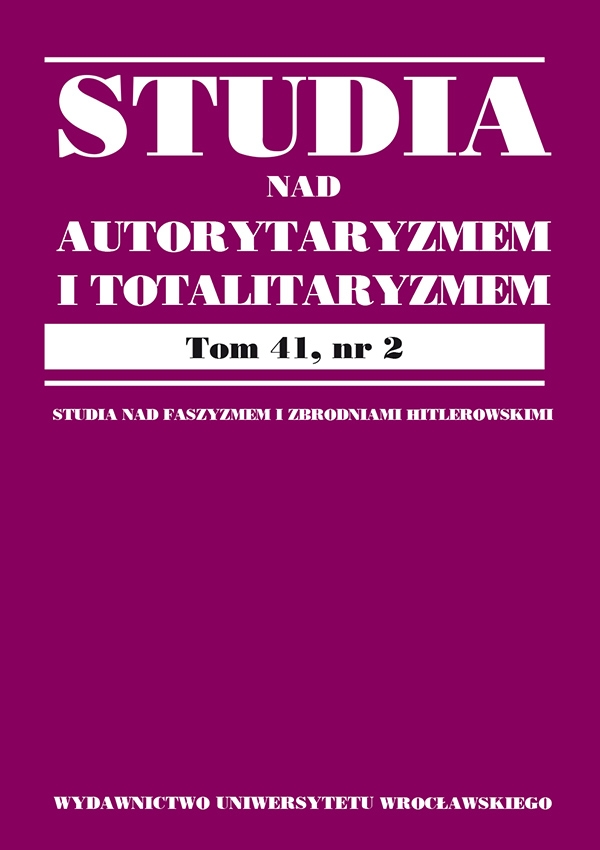 The aim of the author of this text is to polemicize with the stereotype according to which nationalism is a synonym of the “extreme right.” For this purpose the method of historical exemplification was used. Part I of this text is devoted to defining the concept of the “right” and to present the supporters of the French Revolution and other 19th-century revolutions, their idea of nationalism, the nation-state and sovereignty of the nation. This presentation shows that up to 1890 nationalism is located in the revolutionary left. The first nationalists are Jacobins. The counter-revolutionary right is opposed to nationalism. For this right, nationalism is combined with the idea of empowering nations to the rights of self-determination, which is closely connected with the idea of people’s sovereignty. This situation persists until 1870–1914, when the ideas of national sovereignty are implemented in the politics of the modern states. However, the liberal state does not meet the expectations of nationalists, because it neglects the interests of the nation as the highest value. That is the cause for them moving from the political left to the right part of the political scene, replacing the legitimist right. The latter is annihilated with the decline of aristocracy. In the 19th century, the left is nationalistic and xenophobic. We find clear racist sympathies on the left. The political right does not recognize the right of nations to self-determination, the idea of ethnic boundaries. It is cosmopolitan.