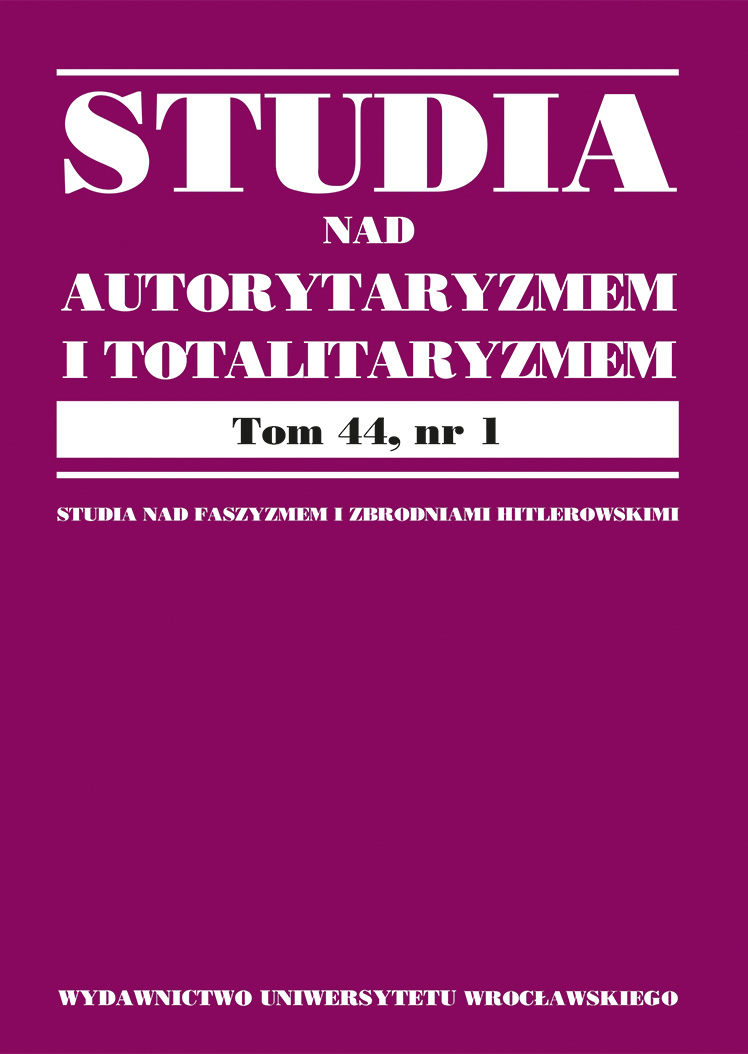 After the Red Army entered Poland in the summer of 1944, and the installation of a new system of power began, the communists were faced with a general social disapproval of the transformations they proposed. This was especially true of the peasants, who constituted the vast majority of Poland’s inhabitants at that time. They were afraid of introducing general collectivization of land and their forceful inclusion in the agricultural production cooperatives under strict state supervision. Meanwhile, gaining the support of at least some of the peasants seemed to remain an indispensable element in the takeover of power by the communists, who always presented themselves as representatives of the interests of economically disadvantaged social classes. An equally important intention of the authorities was to eliminate all influence of the gentry in the countryside because of their hostility to the new political order.

The purpose of this article is to present the principal aspects concerning the use of the State Land Fund as an instrument for the justification of the communist government’s approach, as well as for legitimizing the social revolution in post-war Poland. Attempts were made to indicate the use of this institution to make profound transformations regarding the model of property relations in Polish agriculture, previously shaped over centuries. It was also pointed out that the above-mentioned approach was aimed at simultaneously destroying the landed gentry as an elite social class and winning the support for the communists from the peasants, who were given the land taken from the landowners. Thus, in the political reality of the time, the State Land Fund became one of the most important (and at the same time often underrated) instruments in constructing the system of totalitarian power in post-war Poland. The primary goal of the article is to show how the instrumental treatment of the legal solutions regulating the functioning of the fund was used in practice by the communist authorities acting on the Kremlin’s behalf. It seems that in the literature on the subject, there are still deficits in the search for the bases of legitimization imposed in Poland by external political and military factors of the communist government.

The most important conclusions from this analysis include the negative economic effects in terms of perpetuating the defects of the agricultural system and the inability to deal with the indicated legacy of the totalitarian system within the contemporary political and socio-economic reality.