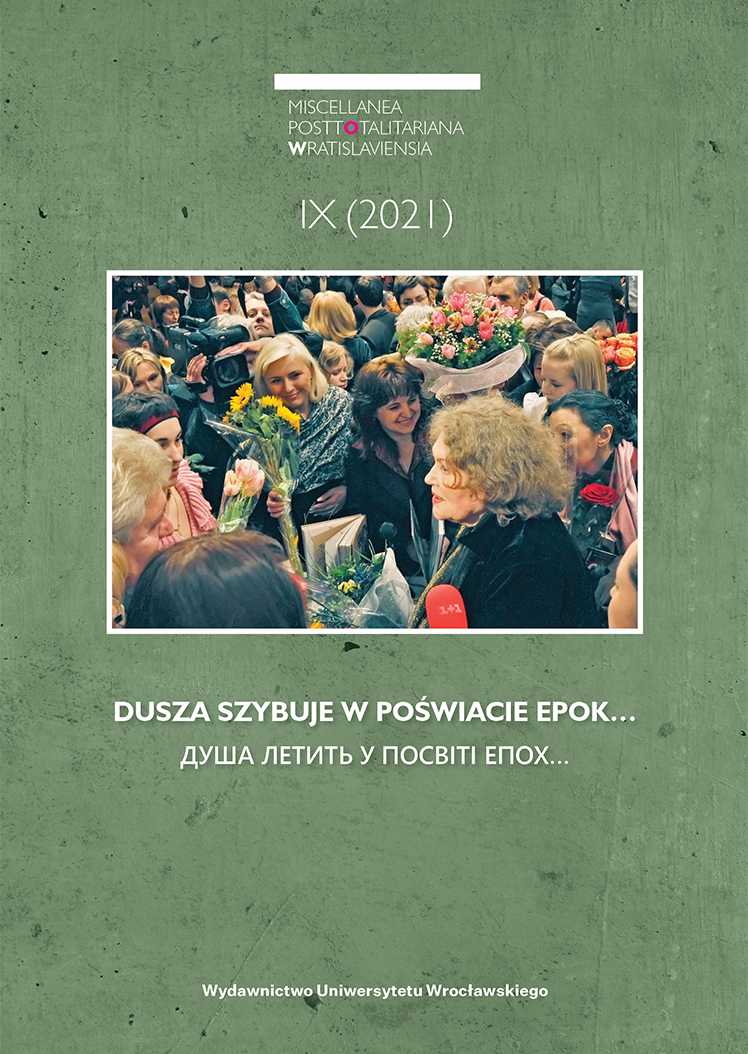 We analyse lyrical texts by Lina Kostenko with historiosophical character and these containing the ontological and, at the same time, autobiographical elements. The author of this study assumes that each of these lines has its own sources, image system, and content dominants. The poetess constructs the life model of the lyrical hero using the topos of bazar as seen in historical songs and dumas, where the fate is decided by the internal conscious choice. The choice of the fate, paid by the life, is interpreted as a modification of the situation such as the “Cossack Freedom.” This interpretation of the mythologem of the freedom in lyrical texts by Lina Kostenko is based on the works by Mykola Kostomarov, Oleksandr Potebnia, Mylhailo Hrushevskyi, as well as on Taras Shevchenko’s poetry. At the same time, we see the image of the fate as containing a sociological aspect — as a type of protest against suppressing the freedom of the will and action in a totalitarian system. The historiosophical line in the lyrics is analysed when considering the verse “The Heraclitus’ River,” which embodies the ideas of fluidity of water and constancy of a shore. These are later formulated into the aphorism: “Everything flows but not everything disappears upon the river shores.” We also pay separate attention to the fact that the poetess sees herself as the heir and the follower of the philosophy of Hryhoriy Skovoroda with his concept of self-knowledge and his creation of “The Garden of Divine Songs.” Lina Kostenko inscribed an individual human fate, that of the family/tribe, people, mankind — into a world flow.