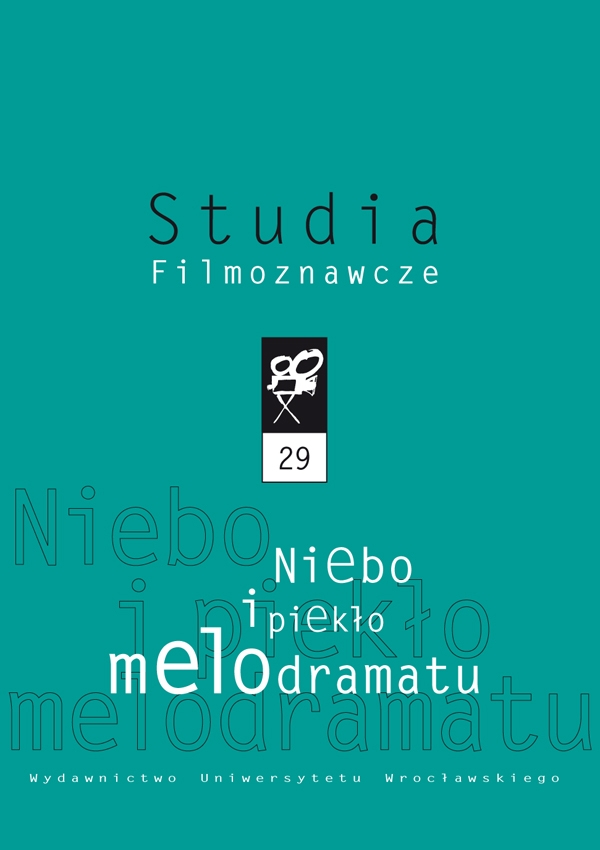 A Cruel Romance with the Volga in the Background. A Few Comments on Film Melodrama Based on the Adaptation of The Poor Bride Bednaya nevesta by Alexandr Ostrovsky

The article is about two adaptations of the play The Poor Bride by Alexandr Ostrovsky; the first one by Yakov Protazanov dating from the year 1936, and the second by Eldar Ryazanov from the year 1984. Taking the text of the play as a starting point, the author of this article attempts to show how a realistic play, while far from being a melodrama, underwent during adaptation practices certain transformations which adapted it to the requirements of the film convention. Rather than concentrate on the fictionalizing practices of the adaptations, often taken into consideration in the analysis of melodrama, the author focuses on stylistic endeavours which transform the imagery of the world, subjugating it to far-fetched conventionalization the use of set design, landscape, music. In the case of the adaptation from 1936, the essential aspect of the analysis, accounted for by the author, is the political context. In the film by Protazanov, it is not immediately evident, but, as the author shows, it is made present by indirect methods, which do not upset the overall meaning of the work, but introduce certain overtones in accordance with the general principles of the Stalinist cultural policy. The adaptation by Eldar Ryazanov, entitled Cruel Romance, is a subtle play not only with Ostrovsky’s text, and Protazanov’s film, but also with the very convention of film melodrama. Riazanov makes use of stereotypical associations with the Russian cultural heritage, which are nonetheless aptly introduced, and sometimes border on pastiche. Both adaptations, made in different times and by different people, show, therefore, how considerably cinematic techniques, and not the sole storyline, turn films into melodramatic tales.