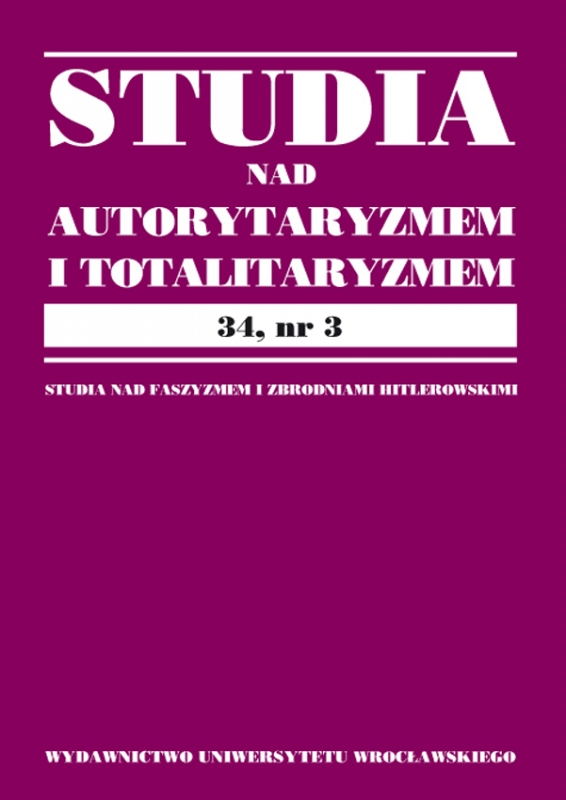 THE CRIME OF THE PUBLIC PROPAGATION OF FASCIST OR OTHER TOTALITARIAN GOVERNMENTAL SYSTEM ARTICLE 256 OF THE PENAL CODE. THE DOCTRINOLOGICAL ANALYSIS OF SELECTED SCHOLARLY WRITINGS AND JUDICATURE. THE GENERAL PART

The crime of the public propagation of fascist or other totalitarian governmental system has been introduced to the Polish legal system with the passing of the new Penal Code of 1997. The construction of Article 256 of the Penal Code which joins together two different types of punishable action public propagation of totalitarian system and incitement to hatred on the basis of, among others, race indicates that the creators of the relevant law might have adopted incorrect premises regarding the essence of totalitarianism and Fascism. The purpose of the article is to establish, based on the statements made in a number of scholarly writings, whether the mentioned incorrect assumptions regarding the phenomenon of totalitarianism or Fascism do in fact appear and, if so, how they influence the functioning of the Polish justice system, particularly taking into account the ruling principle of nullum crimen sine lege. In the first, general part of the article, published in this volume, the author describes elementary concepts and appellations used by the lawmaker in Article 256 of the Penal Code, the understanding of which is needed in order to grasp the meaning of the relevant rule. Therefore, the author explains the words and terms which are significant from the perspective of the doctrinological analysis of the commented rule, like governmental system, totalitarianism, Fascism, Nazism, Nationalism and chauvinism. Regarding the term “governmental system,” the author points out its irreducibility to the exclusively ideological aspect. In case of “totalitarianism,” the author mentions two basic and comprehensive scholarly approaches towards explaining this political model phenomenological analysis of Friedrich and Brzezinski and essentialist interpretation of Arendt which lead in different directions as far as an issue of recognizing the given governmental system as a totalitarian one is concerned. The article also includes a rudimentary analysis of Fascism and National Socialism, demonstrating their doctrinal distinctiveness and showing the inappropriateness of lumping these conceptions together within one large ideological frame. In particular, apart from obvious reasons connected with the dissimilarities pertaining to their ideological origin, the highest values or the level of criminality, these two ideological-and-political systems are different because of Fascism’s unequivocal belonging to the Enlightenment thought and the essentially anti-Enlightenment character of Nazism not forgetting about the National Socialism’s internal incoherence and its doctrinal complexity. In case of “Nationalism” and “chauvinism,” the author reminds the readers that the roots of both these conceptions can be traced back to the French Revolution and to the Napoleonic Wars and that racism is not their constitutive part. The final part of the paper includes a critical analysis of one of the first commentaries to Article 256 of the Penal Code, written by Roman Góral. In conclusion, the author expresses an opinion that the adoption by R. Góral of some improper doctrinal assumptions and premises led him to accept inferences which violate the nullum crimen sine lege principle.