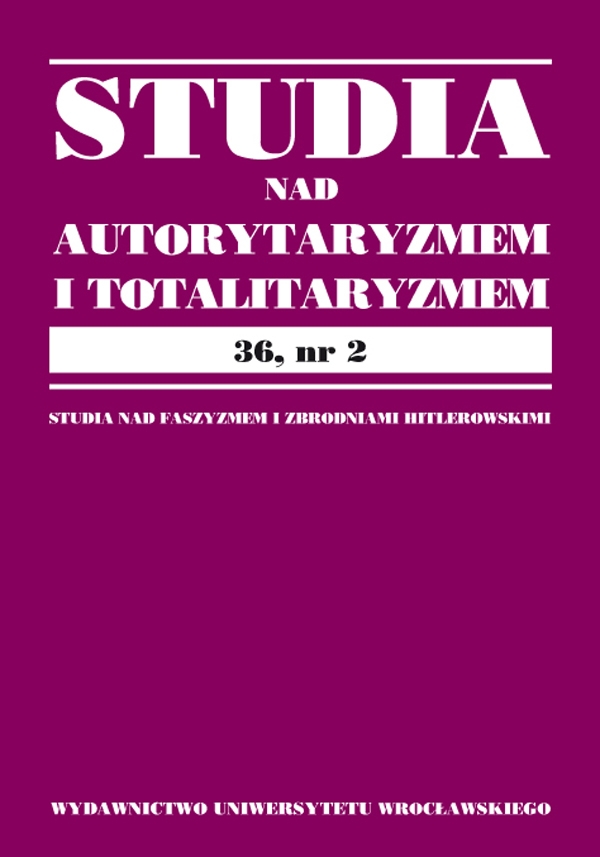 The article examines Hitler’s views on Poland and Poles from the emergence of the Nazism in 1919 till the end of the Second World War. Almost from the very beginning of his political activity the attitude of the NSDAP leader was areflection of his concept of foreign policy based as it was on nationalistic and racist premises. Its objective was to ensure a“living space” for the Germans in the eastern part of Europe through the Reich’s conquest of the vast territory of the Soviet Union. In those far-reaching plans for territorial conquest, for many years almost till the end of the inter-war period Hitler attributed to Poland the role of Germany’s supporter and ally, though he also laid some territorial claims to Poland’s territory the question of Gdańsk and the Pomeranian corridor. Even before Hitler became Chancellor of the Reich, many of his statements contained clear anti-Slavic sentiments. However, until about 1938 he did not treat Poland as an enemy of the Reich — in contrast to his attitude to the Soviet Union and France. As long as Hitler hoped for Poland’s accession to the pact against the Soviet Union, he refrained from any military action against Poland. Yet already from the mid-1930s he saw Poland as an obstacle to the implementation of Germany’s imperialist plans in the eastern part of Europe. Hitler’s negative attitude to Poland and Poles was revealed fully during World War II, when he launched his brutal policy aiming to exterminate the Polish nation.