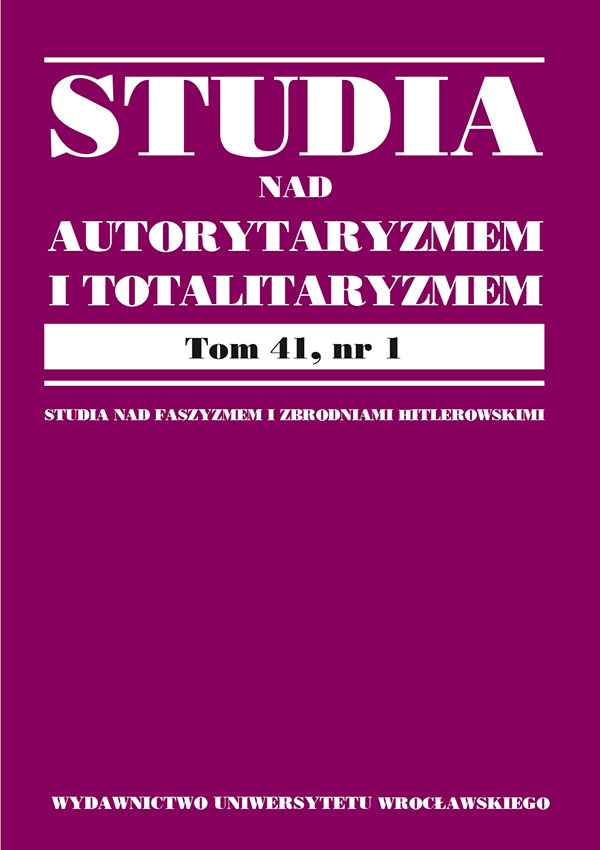 In Benedict XVI’s reflection on terrorist acts an unequivocally negative attitude towards them appears, regardless of the motives behind the armed actions. In this rather difficult problem for his contemporaries, he studied the premises responsible for the escalation of aggression and violence in various parts of the world, as well as their consequences for individual states and societies. The sources of acts of terror in the current reality were found in ideologies of extreme religious, as well as religious or even anti-religious backgrounds, of which ardent supporters try to impose by force or propaganda their dictatorship on certain social communities or office holders. Such an attitude, according to the Pope, is significantly distorted by national or international public order and, more importantly, they severely undermine the common civilisational heritage founded on dignity and freedom of human rights. Benedict XVI, while making a peculiar diagnosis of acts of oppression and lawlessness, at the same time postulated a prudent and ethical response to this type of action. Therefore, he appealed mainly to the ruling elites and supranational organisations to bear in mind the welfare of potentially and actually endangered people in their decisions related to the avoidance of armed acts, as well as to the dissolution of already existing ones. He argued that the elimination of military dangers and the minimisation of the losses incurred as a result can be effectively served by genuine political, economic and technical cooperation on a local and global scale. In a situation when a violent escalation of confrontation took place, the Pope recommended that the various parties respect international standards, especially in the field of humanitarian law, and reminded supranational organisations of their duty to ensure that these principles were strictly observed by the conflicting parties.