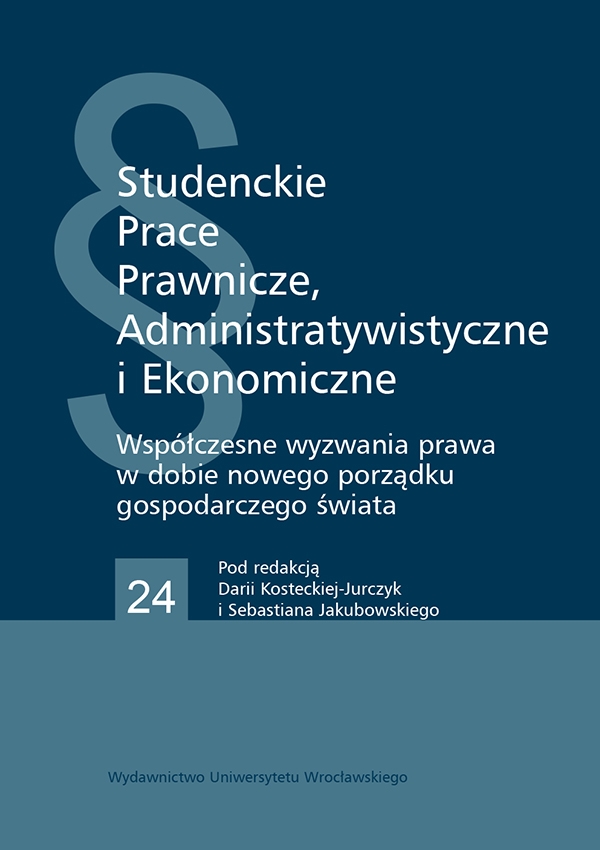 One of the greatest and most important challenges of private law in the 21st century is the adaptation and evolution of key institutions to the consequences of social or economic development. An extremely interesting process in this context is the development of the scope of the subject protection of personal rights. The aim of the article is to discuss this phenomenon, with particular emphasis on the influence of the literature and jurisprudence on extending the scope of the subject of personal rights. The author also draws attention to the way in which the concept and scope of personal rights were developed and modified, citing and discussing the most important positions and doctrinal disputes. In addition, an example was presented, which serves to illustrate the analyzed trend. It is the potential recognition of violations related to the low level of air quality in Poland covered by protection under the provisions on personal property. The author describes this issue, taking into account the provisions of European law, through Polish regulations and positions of the literature, formulating his own predictions about the future of this particular problem, emphasizing its importance. This reflection illustrates how the discussed civil law institution undergoes modification as a result of the social challenges of the 21st century. In the elaboration of the above issue, scientific methods were used, such as: analysis of judicial decisions, normative acts — both domestic and European ones, in addition the dogmatic method was used. Numerous conclusions have been derived as a result of the analysis, among other things — an indication of universality as one of the greatest achievements of doctrine. This dependence results from the fact that new private law challenges can be assessed through the prism of universal institutions that have already been created, only by modifying them, developing or deliberating on how to use them. The tendency described in the work can be extended to a range of other contemporary challenges before courts, but above all to the legislator.