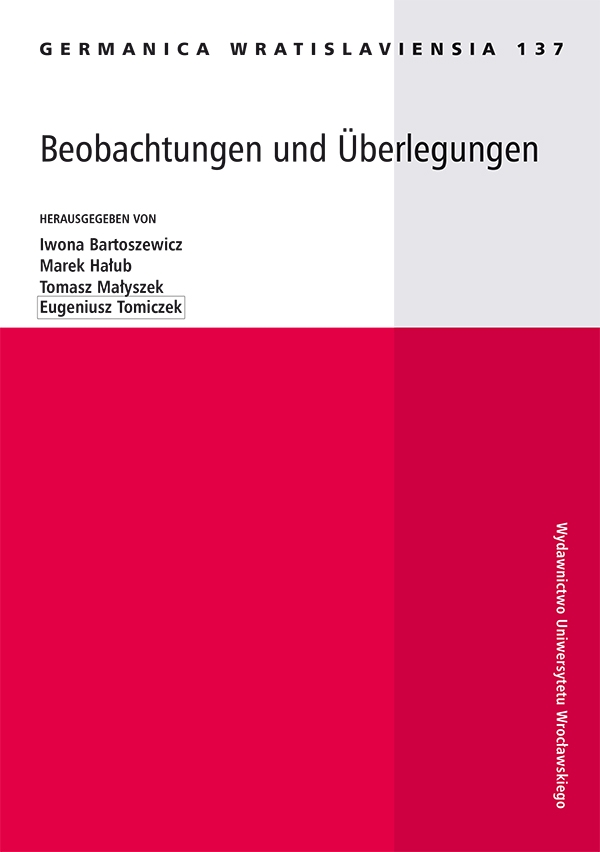 A story of suffering in fearful times. The woman between ‘the new’ and ‘the old’ in Gabriele Reuter’s Novel From a good family

Referring to Gabriele Reuter’s Novel From a good family, the article discusses the problems which had to be faced by the society of the German Empire. The main character, Agathe Heidling, can be considered as a mirror of this era in German history: On the one hand it was an economically powerful state, very progressive. On the other hand it totally ignored the need for modernization in the social structures. Agathe is an example of the societies’ struggle, being caught between two mental bases: the conservative and the modern one. Agathe’s lack of self-confidence, her mistrust towards both of those mentalities, as well as her cowardice to choose her own way and a childhood trauma that affects her sexual consciousness – all this results in her illness: Hysteria.