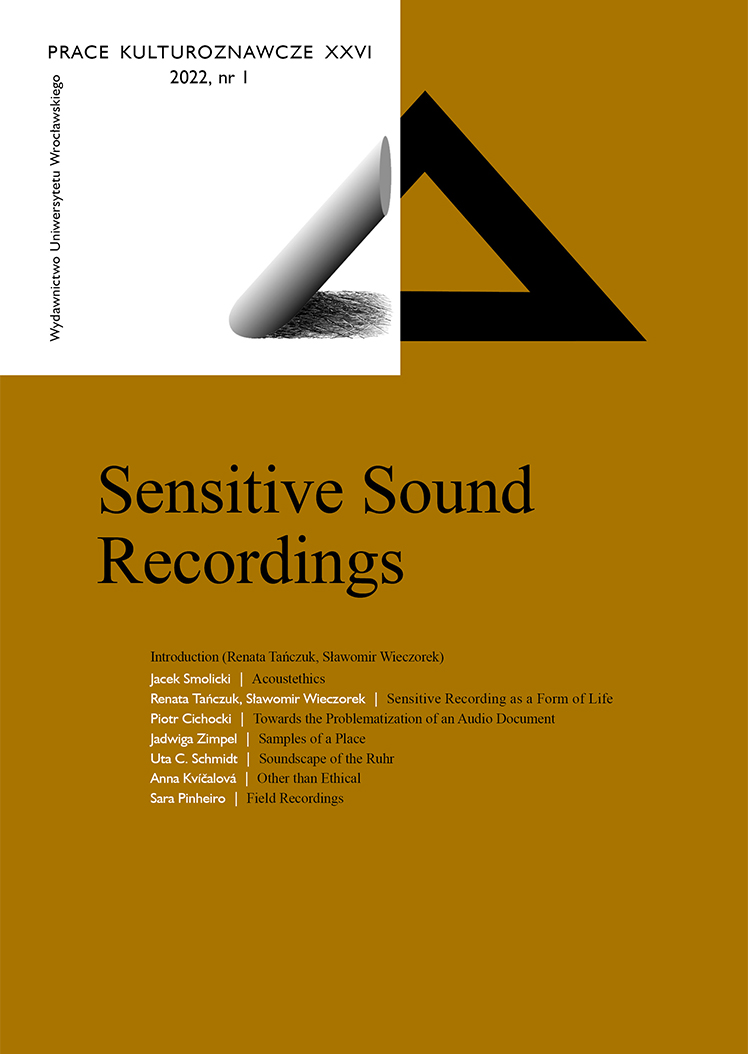 Samples of a Place: Urban Field Recordings as a Sensitive Resource of Urban Cultural Heritage

The paper focuses on various kinds of urban field recordings produced during research and artistic practices which apply auditory immersion in the qualitative analysis of places. Showing why and how urban field recordings might be used in locally guided placemaking practices, I propose to consider them as a sensitive resource of urban cultural heritage. A reflection on the sensitive quality of urban field recordings — a quality which stems from their susceptibility to the workings of time and their capability to transfer local affects — is realized in four parts. Part one posits the question of the relationship between urban sound and place, showing perspectives which arise from an application of listening in the qualitative analysis of places. Part two studies aspects of using, archiving, and sharing of field recordings produced within research, artistic and museum projects, accentuating the need to connect institutionally based practices with the promotion of audible culture in the pro-cess of establishing the notion of field recordings as a medium of urban heritage transmission. Part three proposes a shift from an interpretive to a performative approach in grasping the ontological status of urban field recordings, discussing them as samples of a place which are capable of transmitting local affects. Finally, part four recalls the idea of acousmatics to reflect upon the role of metadata in the reception of urban field recordings, which safeguards them from losing their cultural legibility. I argue that the lack of accompanying commentaries, which blurs the relation of recording with the place of sound sampling, does not erase the affective influence of the sound source transmitted by the sound sample. Such an observation leads to the conclusion that urban field recordings elude their framing in a single definition of heritage.