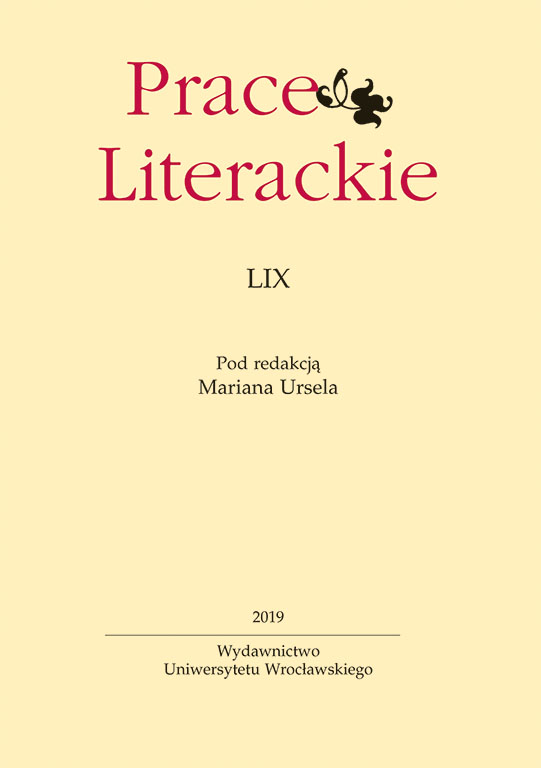 The author describes in the article the circumstances of publishing the poem Hugo by Juliusz Słowacki in the New Year’s “Melitele” edited by Antoni Edward Odyniec. The publication of the poem was the debut of the young poet. The song, described for years as unsuccessful and imitative, has only in the last thirty years gained value and more attention from researchers.
The following aspects of the issue of the debut in “Melitele” were analyzed: the editorial work of Odyniec, the specifics of the New Year in comparison to other publications of this type on the publishing market at the time, its program nature and place in the literary life of Warsaw, as well as opinions expressed about it by readers.
The author tries to show that the choice of “Melitele” for the place of publication of the first piece of print resulted mainly from the living conditions of the young poet, entangled by a kind of social triangle between Salomea Bécu and Odyniec, and facing the discrepancy between the desire for fame and the subsequent reluctance to his own literary practice.