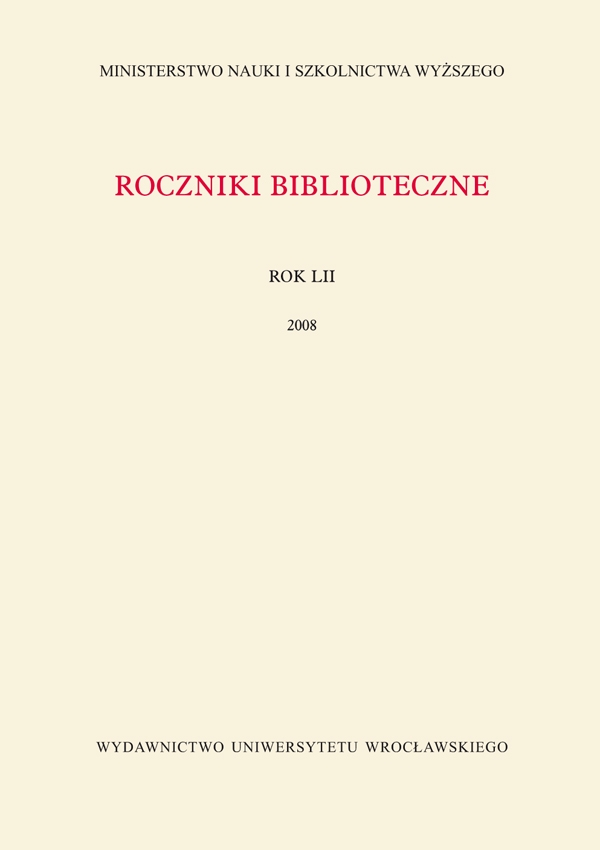 Employees of village libraries in Warsaw province in 1918–1939

In the pre-war years, the discussion concerning the profession of a librarian, its legal framework, qualifications and job description can be observed. Librarians became aware of the professional bond and aimed at stability of the profession. The most popular form of educating librarians at the time were librarianship courses, organised by libraries or other institutions all over the country. The courses were run by outstanding specialists and their curriculum was becoming increasingly more complex. In 1935 in the Warsaw Province there were 33 libraries run by self-governments. Only 9 libraries employed staff who had completed librarianship courses 27.3%, while 24 libraries 72.7% employed personnel without any qualifications. Employees of village libraries may be divided into 6 groups. The most numerous were teachers 39.4%, village secretaries’ assistants 30.3%, volunteers 15.2%, village secretaries 9.1%, manual workers 3% and professionals 3%. Similarly, teachers were the most numerous in branch libraries 79.7%, then volunteers 8.1%, village authority employees 6.5%, members of youth organisations 4.1% and others 1.6%. 41.5% of all the employees had completed librarianship courses, which was considerably higher than the national average. Village teachers contributed most to popularising culture and education among the peasantry in the pre-war years. They constituted village’s intellectual elite and were best qualified for social and educational work, executed within the structures of Polish Teachers’ Union. In 1931 in the Warsaw educational district 2121 teachers worked in youth organisations, 510 of whom were librarians and 147 worked in reading rooms. Teachers looked after school libraries, lending books, promoting reading habits and acquiring funds for books and their binding.