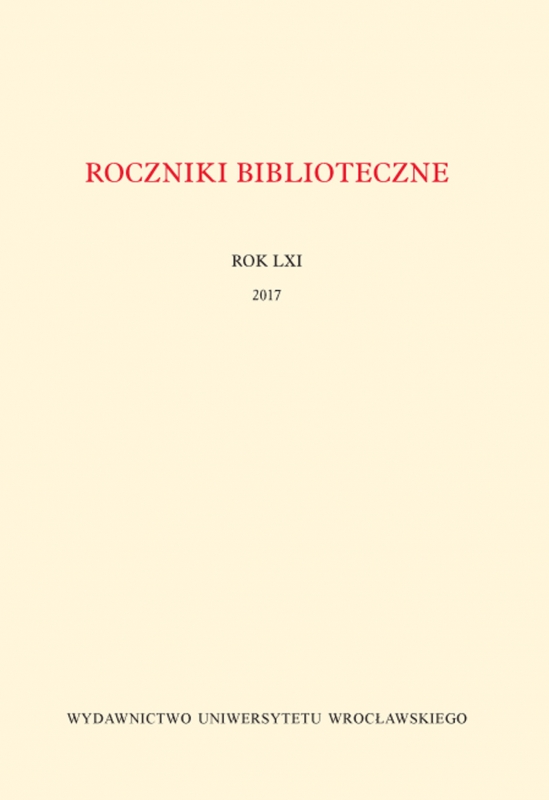 The author of the article analyses the history of official state registration of prints in Poland in 1919–1939. The main problem was to correlate the collecting of legal deposits as well as compile the current national bibliography and credible state publishing statistics. A signifi cant difficulty involved in compiling official book records was caused by the fact that had been no National Library before 1928. The article draws on the writings of bibliographers from the period Stefan Vrtel-Wierczyński, Jan Muszkowski, Władysław Tadeusz Wisłocki, Eustachy Gaberle, Jadwiga Dąbrowska, Helena Hleb-Koszańska. The author’s starting point is an analysis of legal deposit regulations issued three times: in 1919, 1927 and in 1932. According to the first regulations, legal deposits were to be given to university libraries in Kraków, Warsaw, Lviv, Lublin as well as the Public Library in Warsaw and the library of the Society of Friends of Sciences in Poznań. The main problem was that the regulations covered only part of the country formerly annexed by Russia and there was no specialist bibliographic institution Bibliographic Institute. Under the 1927 regulations, legal deposits were to be sent to the National Library, additionaly all journals were to be sent to the Ossolineum Library in Lviv. One legal deposit was also granted to five regional university libraries Warsaw, Vilnius, Lviv, Poznań, Kraków and two public libraries Warsaw, Toruń.
Thus the legal deposit regulations were extended across the country. Under the 1932 regulations, legal deposits were to be given to the National Library, university libraries Jagiellonian Library, Warsaw University Library, Lviv University Library, Poznań University Library and Library of the Silesian Parliament later Silesian Library in Katowice, City Public Library in Toruń as well as the Wróblewski Library in Vilnius today Wroblewski Library of the Lithuanian Academy of Sciences. The main problem in that period was the collecting of legal deposits.